Evoke your taste buds with this colourful and flavor-rich Moussaka recipe!

Moussaka is layered eggplant and meat casserole, a popular dish served throughout Balkans, Greece, Turkey and the Eastern Mediterranean. Usually it’s made with an eggplant, tomatoes and ground lamb or beef. However, each country has its own local variations of the recipe. For example, in Greek version red wine is added to the meat mixture, and casserole is topped with bechamel sauce and cheese. Turkish moussaka is not layered and prepared with basic ingredients such as an eggplant, green peppers, tomatoes, onions and minced meat.

In this recipe, I decided to grill all vegetables first to reduce fat content and add even more flavor to the finished dish. 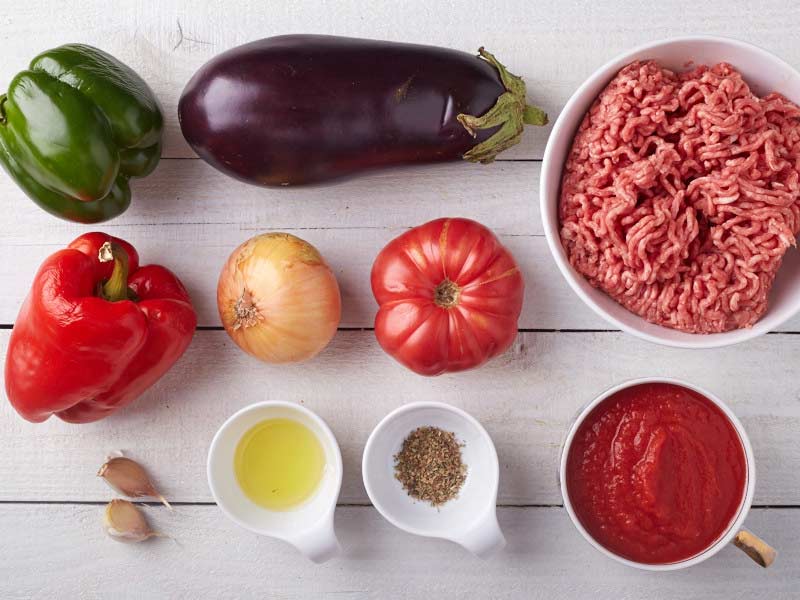 1. Heat the oven to 400°F/200C.  Line a baking dish with parchment paper. Roughly chop eggplant, peppers and tomatoes. Pour vegetables into prepared baking dish, season with salt and drizzle evenly with olive oil. Roast vegetables  for about 20-30 minutes until tender. 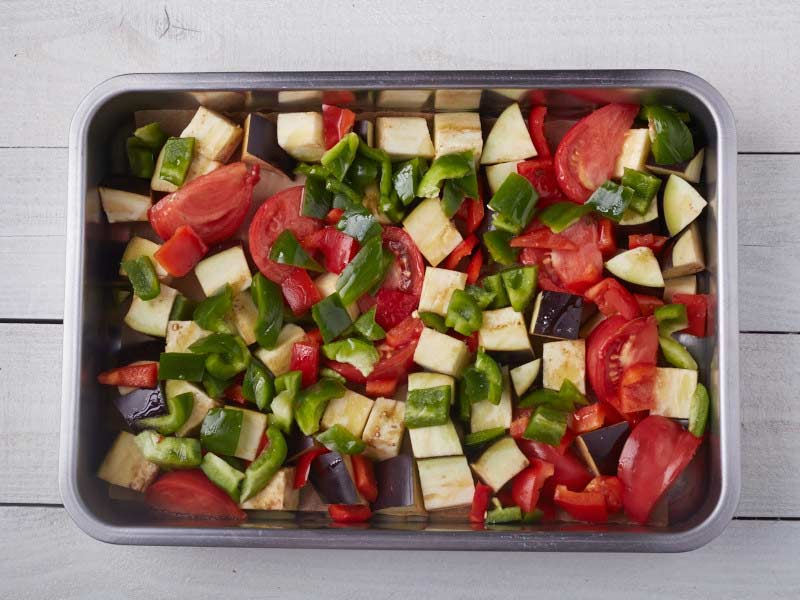 2. Meanwhile, heat the oilive oil in a shallow pan. Add onions and garlic. Cook, stirring until onions are soft and translucent.

3. Add the ground beef and cook until fully brown. Transfer in a colander. Drain. Return the meat to the saucepan. Pour the diced tomatoes together with juice into a saucepan. Turn heat to low.

4. Add roasted vegetables and parsley, stir well. Season to taste with salt, pepper and sugar. Put a lid on and leave to cook for another 5 minutes.

5. Remove from the heat and cool thoroughly. Spread moussaka on dehydrator trays covered with non-stick sheets or parchment paper. Dehydrate at 63C/145F for 8-10 hours until brittle. 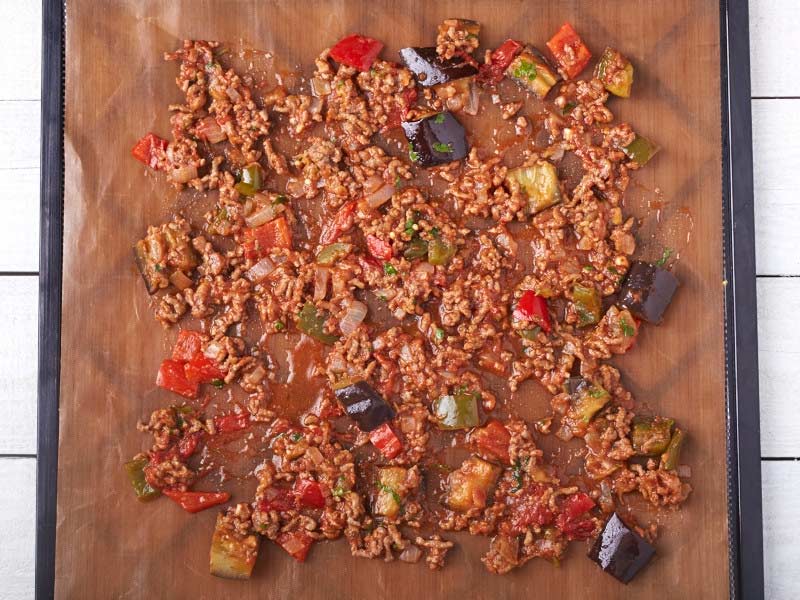 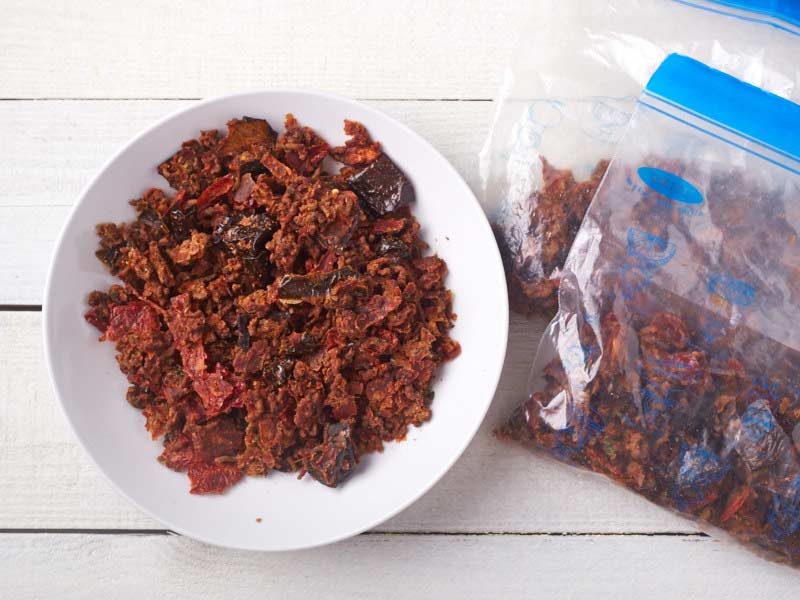 On the trail:
(to rehydrate 1 portion=1 cup dried moussaka):

Pour dry moussaka  mixture into the pot; add 1 cup  water and stir well.
Place pot over medium heat and bring to a boil. Cook, stirring occasionally, for about 5 minutes.
Remove from the heat, cover, and let stand another 5-10 minutes to rehydrate meal completely.