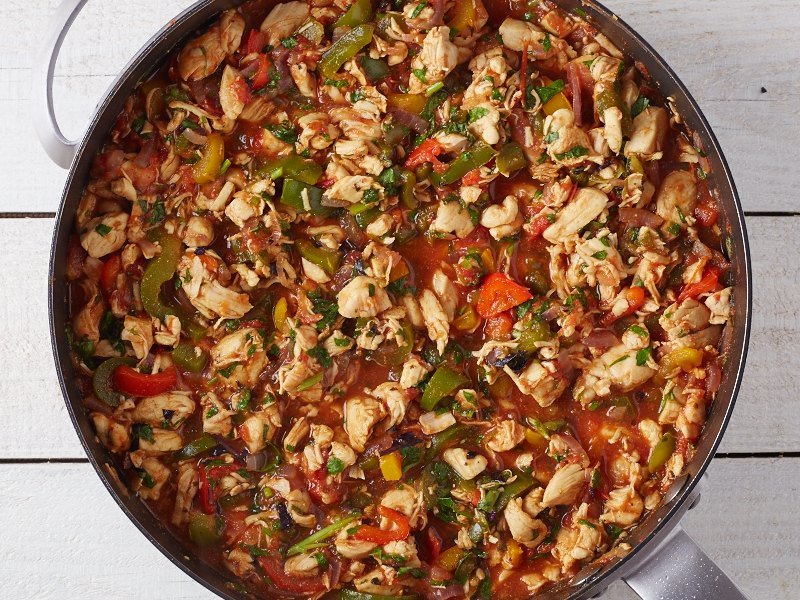 This Chicken Stew is a traditional Georgian dish called Chakhokhbili. It’s name comes from the Georgian word “khokhobi” which means “pheasant”, but nowadays it’s usually cooked with chicken, turkey, duck and even beef.

* – Traditional Georgian spice mix. The herbs and spices used in Khmeli Suneli are: coriander, dill, bay leaf, marjoram, fenugreek, parsley, black pepper, celery, thyme, hyssop and mint). If you can’t find this mix in your region, simply substitute it with your favorite seasoning for chicken.

Heat the olive oil in a large pan.
Add the chicken and cook until it browned all over.

Add sliced onions and cook, stirring, for 5 minutes until soft.

Bring to a boil and season to taste with salt and Khmeli Suneli.
Reduce heat to low, put a lid on and leave to cook for a further 15-20 minutes.
Add the cooked rice and chopped herbs. Stir well and simmer for a couple of minutes together. 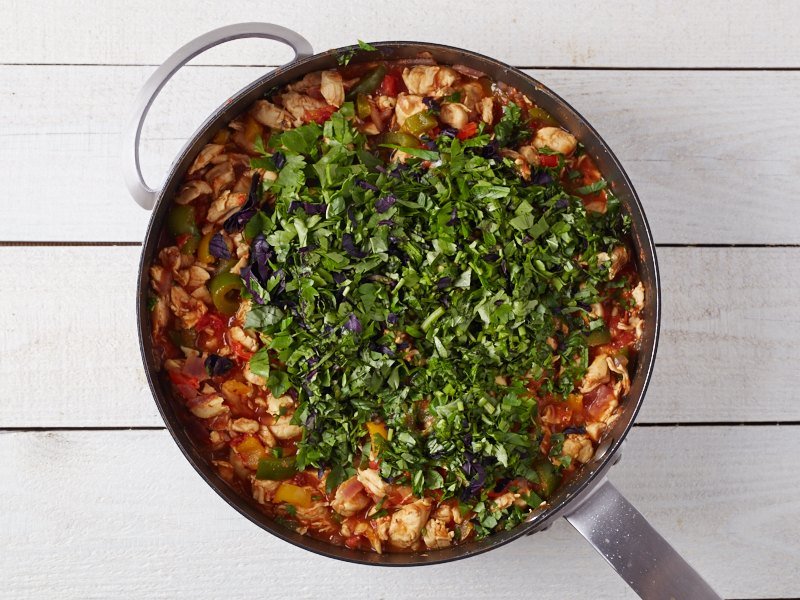 Remove from the heat and let cool thoroughly.
Spread the chicken stew on dehydrator trays covered with non-stick sheets or parchment paper. 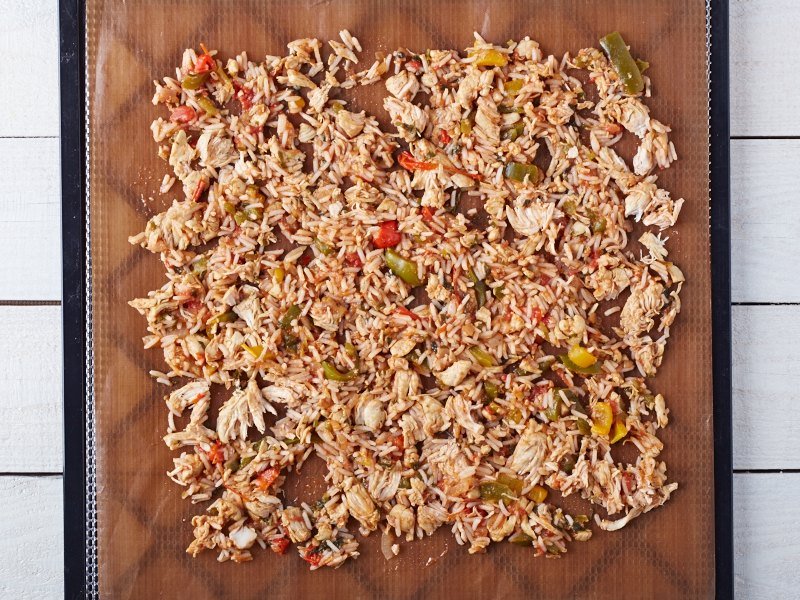 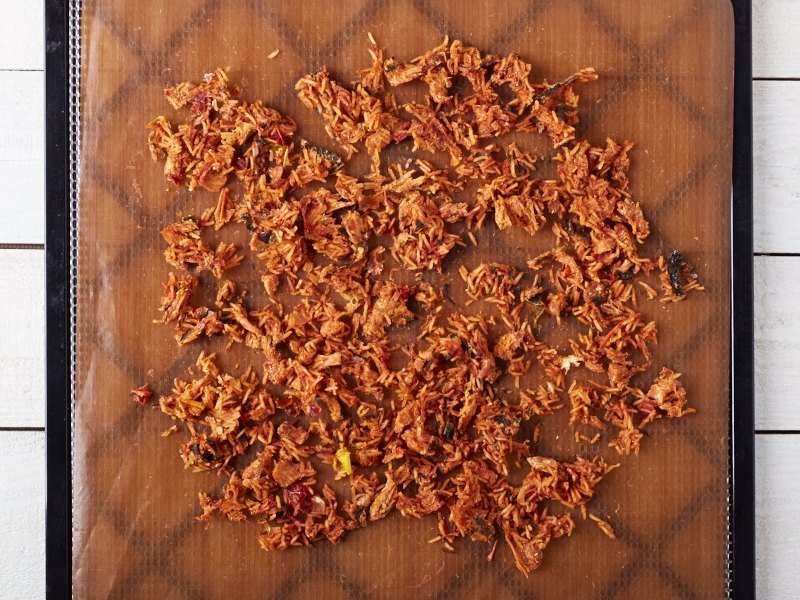 Divide the dried meal into equal portions (about 1 cup each) and pack them into separate zip lock bags.

Put the dried meal in a pot and add 1 cup water.
Bring to a boil and cook, stirring occasionally, for about 10-15 minutes or until rehydrated.